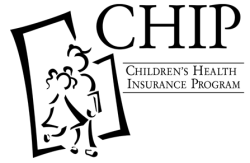 Congress may have just put a two-week long band-aid onto government spending, but they left out one big program: children’s health care.

The continuing resolution signed by President Donald Trump Friday keeps the federal government funded until December 22. And while Republican leaders in Congress praised a provision that acknowledges some states are about to run out of Children’s Health Insurance Program (CHIP) money, it does not fund the CHIP program for 2018 thus placing the CHIP Kids’ Health Plan in crisis.

It simply calls on the Health and Human Services Department to re-allocate any remaining funds to the most desperate states.

“The short-term funding agreement to fund the government until Dec. 22 only includes a patchwork measure to provide funding to a handful of states,” the American Academy of Pediatrics said in a statement.

HHS was unable to immediately answer questions about which states might get money re-allocated, or how much.

CHIP isn’t controversial. Republicans and Democrats alike generally support the program, which makes sure children get health care if their parents are poor and even if their parents are not covered by any other insurance, including Medicaid. What is controversial is whether to offset paying for CHIP with cuts elsewhere in government spending, and there’s also debate over whether funding should be guaranteed for a couple of years, or for longer.

CHIP’s 2017 budget was $16.6 billion. The current federal budget has slashed it to $12 billion, but Congress has to allocate that funding. As the issue keeps getting put off, states are starting to worry about how to pay for their CHIP programs. Arizona, California, Connecticut, Hawaii, Idaho, Mississippi, Nevada, Oregon, Pennsylvania, Utah were on track to run out of funding by the end of the year, according to the American Academy of Pediatrics.

And parents are starting to worry about how to take care of their kids.

“One of my patients has asthma,” said Dr. Lanre Falusi, a Washington, D.C. area pediatrician who is also a spokeswoman for the American Academy of Pediatrics. “Her mom, after hearing all this about CHIP funding going away, said ‘Can you write me a prescription for asthma medications for a whole year just in case we don’t have insurance’,” Falusi said.

“The way that prescriptions go, I can’t actually prescribe a whole year’s worth. She is trying to plan for her child being uninsured and trying to stockpile medications for a whole year.”

Robins, who is CEO of the nonprofit PediPlace clinic network in the Dallas area, said clinics like his have already started getting calls from worried parents.

“Preventive care will suddenly go on hold,” he predicted.

“We as a clinic have a hard enough time convincing families that preventive care is important and (that) yes, you need to bring your child into a clinic when they are not sick. Families are afraid they are going to be asked for dollars they do not have.”

While missing a checkup or two may not be an issue for a healthy adult, it can be a matter of life or death for a child, said Falusi. Plus, free and low-cost clinics rely on patients who have health insurance to subsidize those who do not.

“Our safety nets are not bottomless. We do our best to see everyone who came in but it takes a couple of paying patients to take care of a child who is uninsured,” she added. “These clinics are going to be strapped. People are going to be waiting.”

They may even be turned away, Robins said.

Patients will end up going to emergency rooms, he predicted.

“Now you are putting the burden on medical systems that have their own issues,” Robins said. And an ER filled up with patients who should have been cared for earlier, or elsewhere, will be less able to care for patients who really need emergency help.