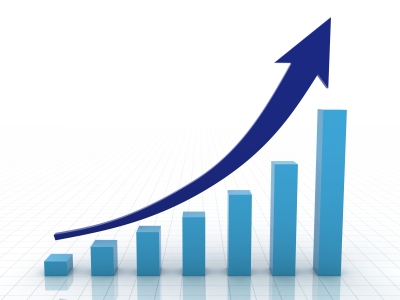 Healthcare industry employment unexpectedly shot up in June and July, countering fears that the prolonged debate over healthcare policy in Washington would dampen both consumer demand for services and robust job growth.

Instead, it looks like forces more powerful than healthcare policies are driving demand, most notably the aging of the US population, the improving economy, and the wave of retirements among nurses, physicians and other healthcare professionals.

The employment growth rate in healthcare rose from 21,500 jobs added in May to nearly 37,000 added in June and 39,000 in July, according to the US Bureau of Labor Statistics. The growth rates in the last two months are nearing the heady times of 2015 and 2016, when the healthcare industry was adding jobs at monthly rate as high as 40,000.

Source: US Bureau of Labor Statistics

Most attributed that growth to the ACA. Some industry analysts said that once the ACA-related growth period ended, job growth for healthcare professionals would cool off. Others said that uncertainty created by the debate over the future of the ACA would reduce jobs growth. And, in fact, it seemed that might be happening earlier this year.

Now, it appears those slower-growth months may have been an anomaly, and that the boom in healthcare jobs growth has continued.

In mid-2014. AMN Healthcare experienced a spike in orders for nurses, followed in a few months by increased orders for allied healthcare professionals. Demand for physicians has been very high for years. While the rise in job growth was probably initially related to the ACA, it’s apparent that the sustained intensity is more complex.

Our population is aging, and older people use more healthcare. There were 46 million people 65 and over in 2014. By 2030, there will be 72 million, and upward projects continue for decades afterward. People who are 65 and older use three times more hospital days than the general public, according to the US Centers for Disease Control. People 75 and older use four times as many.

People over 65 are covered by Medicare – so this increasing demand for care by older people is covered.

At the same time, our economy continues to improve – and that means more people with jobs. Our country will add 10 million new jobs from 2014 to 2024. Many will have health insurance, all will provide money for copays and deductibles.

Finally, a wave of retirements by Baby Boomer clinicians is underway, and healthcare providers are grappling with the replacement of experienced nurses, physicians and allied professionals. The AMN Survey of Registered Nurses 2015 showed that 62% of nurses over 54 were planning to retire and most in about three years. New data from the 2017 survey shows that this retirement rate is speeding up.

The debate in Washington over healthcare policy captured national attention in the first half of 2017. But, other forces that are not so obvious will have a more powerful and lasting influence on the healthcare industry. Very likely, these forces will boost demand for healthcare services and workers for decades to come.